Confirmed keynote speakers of the 2020 edition are: 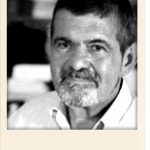 Jacques Le Cacheux is Professor of Economics at Sciences Po (Paris), at Ecole Nationale des Ponts et Chaussées (Paris), at Stanford University and at the Université de Pau et des Pays de l’Adour (UPPA), France. He studied economics and political science in Paris and has the Diploma of the IEPP (Sciences Po) and the Maîtrise d’économie of the University of Paris I-Panthéon-Sorbonne. Professor Le Cacheux took his Ph.D in economics at the European University Institute (Florence, Italy) and has been a member of various European research projects and networks financed by the EC Commission (EUROMOD, MOCHO, EUROCAP, GOVECOR, CONNEX, EU-CONSENT). 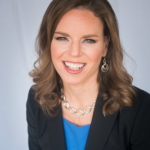 Megan Greene is a Senior Fellow at the Mossavar-Rahmani Center for Business and Government (M-RCBG) at the Harvard Kennedy School. Her role includes teaching and writing, and her main focus is the drivers of wage and income inequality globally. She is also the first Dame Deanne Julius Senior Fellow in International Economics at Chatham House. Megan has a regular column on global economics in the Financial Times. She is a member of the board of directors of the National Association for Business Economists (NABE), the Parliamentary Budget Office in Ireland, Rebuilding Macroeconomics and Econofact. Megan Green is also a member of the Council on Foreign Relations and serves as an Affiliate of the Rhodes Center at Brown University, a Non-Resident Fellow at Trinity College Dublin and a Non-Resident Senior Fellow at the German Marshall Fund. She regularly advises governments and central banks in the US, UK, eurozone and Japan.

Megan Green was previously the Global Chief Economist at John Hancock/Manulife Asset Management, where she analyzed global macro trends for the firm’s investment teams and clients. Prior to that, Megan Green ran Maverick Intelligence (a macroeconomics consultancy), was director of European Economics at Roubini Global Economics and served as the euro crisis expert at the Economist Intelligence Unit. She holds a B.A. from Princeton University and an MSc from Nuffield College, Oxford University. 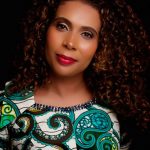 Dr. Myriam Sidibehttp is one of the world’s leading experts of brands that drive health outcomes through mass behavioural change. From within Unilever, she has created a movement to change the handwashing behaviours of one billion people, the single biggest hygiene behavior change programme in the world, and conceived and established the multi awards winner UN recognized Global Handwashing Day – now celebrated in over 100 countries. Myriam has worked for the public sector and the private sector, arguing for a more transparent relationship between the for-profit and not-for-profit sectors, advocating the need for businesses to gain growth and profits from engagement in social and health issues in order to build more sustainable, effective interventions.
Myriam is currently on sabbatical from Unilever to Harvard Kennedy School where she is a senior fellow at the Mossavar-Rahmani Center for Business and Government. She is the author of the book Brands on a Mission : How to Achieve Social Impact and Business Growth through Purpose (Routledge 2020) and her TED talk The Simple Power of Handwashing has been viewed more than 1 million times. She has been featured in FT, Forbes, HBR, The Guardian, Huffington Post, Reuters and CNBC. 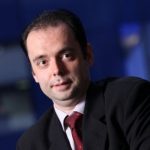 Lucian Anghel – President of the Board of Governors of the Bucharest Stock Exchange and Associate Professor, Faculty of Management – National University of Political Studies and Public Administration (SNSPA)

Lucian Anghel is President of the Board of Governors of the Bucharest Stock Exchange and Associate Professor, Faculty of Management – National University of Political Studies and Public Administration (SNSPA). He has postgraduate studies at HEC Montreal Canada and at Georgetown University Washington, holding also a PhD in Economics from the Academy of Economic Studies, Bucharest. Member in the Federation of Euro Asian Stock Exchanges Audit Committee, Lucian Anghel was President of the Executive Committee & CEO at BCR Banca pentru Locuințe, President of the Management Board & CEO at BCR Pensii and Chief Economist and Executive Director of Strategy and Research Division at BCR. He teaches Economics at the Faculty of Management of SNSPA Bucharest and is author and co-author of academic papers and books.