Confirmed keynote speakers of the 2021 edition are: 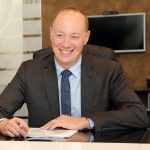 Anthony De Lannoy has long experience in international economic and financial topics. Mr. De Lannoy joined the Executive Board of the IMF on November 1, 2016. As one of the 24 Executive Directors he represented Armenia, Belgium, Bosnia and Herzegovina, Bulgaria, Croatia, Cyprus, Georgia, Israel, Luxembourg, FYR of Macedonia, Moldova, Montenegro, Netherlands, Romania, and Ukraine, before becoming Alternate Executive Director on November 1, 2020.
Between November 2014 and October 2016, Mr. De Lannoy worked for the Belgian Minister of Finance. As Deputy Director of Economic and Financial Policy, he led a team of advisors with expertise in public finances, the financial sector, and international economic policy. Mr. De Lannoy was also a member of the Strategic Committee of the Belgian Debt Agency, and between April 2015 and January 2016 he was a rapporteur in the High-Level Expert Group on the Future of the Belgian Financial Sector. Before joining the office of the Minister of Finance Mr. De Lannoy worked at the National Bank of Belgium in the Prudential Policy and Financial Stability Department.
Between October 2009 and April 2014, Mr. De Lannoy was appointed as an Advisor to the Executive Director at the IMF, first in the former Belgian Constituency and later in the Dutch-Belgian Constituency. While at the IMF he joined several Article IV and FSAP missions to Belgium. Before going to the IMF Mr. De Lannoy held the position of International Economic and Financial Policy Advisor to the Belgian Deputy Prime Minister and Minister of Finance from March 2006 until August 2009. His responsibilities included topics related to ECOFIN, the IMF, the World Bank, and other Multilateral Development Banks. Between July 2004 and March 2006, Mr. De Lannoy worked in the International Cooperation and Financial Stability Department at the National Bank of Belgium. Mr. De Lannoy began his career working for the Belgian NGO Trias as Microfinance Advisor in the Democratic Republic of Congo in 2003-2004 and as a financial and country risk analyst in the International Risk Analysis Department at KBC Bank from August 2000 to March 2003, where he assisted in developing the bank’s response to the Turkish crises of end 2000 and early 2001.
Mr. De Lannoy holds a Master’s degree in International Business Economics from the KU Leuven and a Master’s degree in Applied Economics from the University of Antwerp. 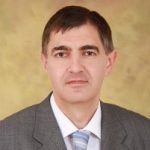 Dr. Lajos Szabo was educated at universities in Hungary and Italy. He was the Dean (2012-2015) of the Faculty of Business and Economics, University of Pannonia, Veszprem. As the Vice-Rector for Education of the Corvinus University, he is in charge of the development of the university’s academic programs, including the business executive degree programs, including the designing of new educational programs in Hungary.

Nowadays, we are surrounded by projects in several areas of our lives. Considering large infrastructural investments—subway, bridge, railway, or highway reconstruction or building residential communities—all of them are implemented as projects. Large business enterprises initiate projects to develop new products, services, and to launch them on the market. Often, the term “project” is also used when international sport and cultural events are planned, organized, and hosted. In the last few years, the project approach and project culture have been spreading rapidly among small- and medium-sized enterprises and projects are common in the public sector and in the EU member states as well. As a result, the methods and techniques of project management and related knowledge have become extremely important everywhere. It is, therefore, fairly safe to say, that we are working and living in a project-oriented environment in which projects have become part of the organizational strategy, and project management has become an integral and essential part of strategic management. Organizational projects can be interpreted as realizations of organizational strategy; projects contribute to the implementation of the strategic goals. Successful organizations focus on projects and manage their project portfolio consciously at the strategic level. In some cases, multiple projects contribute to the realization of the same strategic goal or several projects use the same, limited, resources. These interrelated projects form the so-called project programs. Once the strategic project portfolio has been compiled and the programs have been defined, the implementation of the projects may start. The successful realization of all the individual projects in the portfolio is the key to the successful realization of an organizational strategy. Organizations at higher project management maturity levels can manage projects and project programs of their portfolio in a more professional and effective manner. 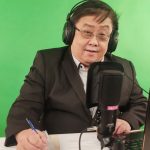 Dr. Eric Tsui is the Associate Director of the Knowledge Management and Innovation Research Centre (KMIRC) and a Senior Educational Development Officer in the Educational Development Centre of The Hong Kong Polytechnic University. He is a Regional Editor of the Journal of Knowledge Management. He has led and delivered a master in Knowledge Management program for more than 15 years. He has also championed many technology-enhanced Teaching and Learning projects and is a crusader of blended learning at the university. His research interests include Knowledge Management technologies, blended learning, cloud services, and collaborations. He is also the Principal Instructor of two Massive Open Online Courses (MOOCs) on edX covering the topics of Knowledge Management, Big Data and Industry 4.0. Professor Tsui is an honorary advisor in Knowledge Management to three Hong Kong Government departments and provides consultancy and professional services to many private organizations, NGOs in Hong Kong, Singapore, Malaysia, Thailand, Australia, Japan, and Brunei. He has B.Sc. (Hons.), Ph.D., and MBA qualifications. Professor Tsui was twice listed as an exemplary/outstanding academic in PolyU Annual Reports in the last 5 years.

Internalization is a crucial part of all university’s degree programs yet Covid-19 has suspended nearly all such efforts worldwide for more than 3 semesters. In fact, more than just bridging the time and distance divides of students and teachers, intelligent use of technologies can also help to support internationalization at home efforts for all institutions. Furthermore, good pedagogical design can also help students to acquire specific skills thereby reducing the skill gaps of 21st Century knowledge workers. This talk will outline the benefits, challenges, and opportunities of Internationalisation@home efforts experienced by PolyU staff in the last 3 years. Internationalisation@home is clearly going to stay with increasing influence on curriculum and pedagogical design. Perspectives and learning experiences by learners and teachers will also be shared.

Aparna Mathur is a Senior Research Manager in Economics at Amazon. In this role, she tracks and conducts research to help identify labor and employment-related challenges faced by Amazon’s domestic and global workforce, with a view to informing best policy. She is also a Senior Fellow at Harvard Kennedy School’s Mossavar-Rahmani Center where she is researching safety net issues. Prior to Amazon, she spent a year as a Senior Economist at the Council of Economic Advisers. She joined the Council as part of the COVID-19 response task force at the peak of the crisis in April 2020 and worked with epidemiologists on the health aspects of the crisis, while also tracking the economic downturn that came with the lockdowns. Prior to joining CEA, for fifteen years, she was a resident scholar in economic policy studies at the American Enterprise Institute. At AEI, she directed the AEI-Brookings Project on Paid Family and Medical Leave, building bipartisan momentum on paid leave, for which she was recognized in the Politico 50 list for 2017. She also co-authored a novel empirical paper on the incidence of the corporate income tax on workers, which became a prominent policy debate during the passage of the Tax Cuts and Jobs Act in 2017. Her academic research has focused on income inequality and mobility, tax policy, labor markets and small businesses. She has published in several top scholarly journals including the Journal of Public Economics, the National Tax Journal and the Journal of Health Economics, testified several times before Congress and published numerous articles in the popular press on issues of policy relevance, including on her own blog at Forbes. Her work has been cited in leading news magazines such as the Economist, the New York Times, the Wall Street Journal and the Washington Post. She has regularly provided commentary on prominent radio and television shows such as NPR’s Marketplace and the Diane Rehm Show, as well as CNBC and C-SPAN. She has been an adjunct professor at Georgetown University’s McCourt School of Public Policy. She received her Ph.D. in economics from the University of Maryland, College Park in 2005, and is currently serving on the University of Maryland Economics Leadership Council. She is also on the Board of the National Academy of Social Insurance, Simply Green and the National Economists Club.